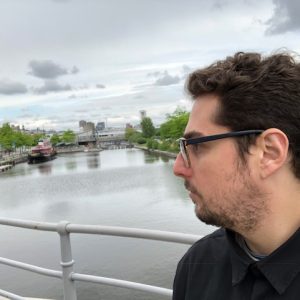 Scout Som was founded in 1998 by Music Producer Roberto Filippi Jr, who was only 18 years old. He discovered his vocation inspired by the office of his father, the founder of the House of Shows Dama Xoc, a landmark of International Rock.

He has demonstrated a multifunctional vocation in the segment: with high repertoire as Music Producer, absolute pitch, creation and assembly of sound projects, organization of informal parties for friends like Chill Outs, including a presence of international and national DJs such as Billy Nasty, Dave Clarke, Funk D’Avoid, Gaetano Parigi, Chris Libertador, Mau Mau, Alex S, Luiz Pareto, George Actv, among others.

Techno is a kind of music based in experimentation; it is music for the future of the human race. Without it there will be no peace, no love and no vision. By simply communicating through sound, Techno has brought people of all different nationalities together, under the same roof, to enjoy themselves

Isn’t it obvious that music and dance are the keys to the universe? So-called primitive animals and tribal humans have known this for thousands of years! ScoutSom shout out to all brothers and sisters of the underground to create and transmit their tones and frequencies no matter how so-called primitive their equipment may be. Transmit these tones and wreak havoc on the programmers!